Myrtle Beach Trips- Elite Golf Packages, Popular Picks and More – Let us do the work & Plan your Golf Trip at the Guaranteed Best Rate and Service.

When we were talking about where to play, there was no doubt that you should “Play the thistle Course”. Thistle course is excellent, with many different challenges. This course is immaculate and manicured that will absolutely blown you away.  There is lots of sand and water which can frustrate you if you are a slicer or hooker.  And Yes! most play this course over and over again.

In addition to a memorable round of golf in a beautiful setting, the authentic Scottish pub is one of the best 19th holes on the Grand Strand. Thistle has recently been voted #1 Golf course in Myrtle Beach by Myrtle Beach Golf Insider. The dramatic 27-hole layout reflects its 1815 Scottish heritage with rolling fairways, stacked-sod bunkers and flawless bentgrass greens. Old World architecture, abundant landscape and wildlife surround the lakes, bridges and private homes.The new clubhouse features an authentic Scottish pub with an extensive list of single malts and houses one of the finest private collections of golf memorabilia in the world. Thistle was founded on 12 minute tee times to ensure an enjoyable and relaxed pace of play year round. Five sets of tee boxes are provided for on each hole, with slopes ranging from 137 to 109. The Cameron Course has water in play in some shape or form on all nine with 24 sand bunkers, and plays to 3450, 3187, 2949, 2580 and 2257 yards. The MacKay Course is the longest of the three courses and measures 3547, 3308, 3092, 2776 and 2355 yards. The Stewart Course was our favorite nine, and it plays to 3351, 3168, 2894, 2583 and 2179 yards. The MacKay and Stewart nines have a combined 54 sand traps (counting waste bunkers) with water in play on 14 of the holes. The Stewart Course features open, rolling terrain that is definitely affected by the wind, with wide fairways flanked by pampas and waste bunkers that lead to large undulating green complexes. The Par five 4th is a classic risk reward hole as it doglegs to the right over a lake on a 90 degree angle. The Par three 9th is a nice finishing hole as it plays to an elevated green over water with a rock retaining wall framing the green complex. The MacKay Course starts out with a similar terrain, but varies into some secluded wooded areas that feature sprawling natural areas and marshes. The dogleg left Par five 7th is a spectacular golf hole, as it features two forced carries, one off the tee, and a demanding approach over a natural area to a green complex that is defined by a wood retaining wall. The Par five 9th is also a great finishing hole, a dogleg left shaped by a large lake on the left, and a natural area on the right, to a two tiered green guarded by a large bunker. Let’s not forget the Cameron Course, where water is in play on every hole. The Par four 2nd, although short, demands a precise tee shot to attack the green guarded by water, held back by a retaining wall with some heavy undulation. Lastly, the Par three 4th contains an island green surrounded by water, protected short by two large bunkers and a heavily undulated putting surface.

Best Rates and Service. We have Golf Package – Lodging + Golf Saves you More or just need a couple tee time save now.

Golf only package too – bundled packages for the best prices

Get a Quick Quote

We are “Local Experts” so we can customize the perfect Golf Package – Lodging + Golf Saves you More Money. Couple, Large or small group are all welcomed. Guaranteed “Best Rate and Service”. Or get the best “Golf Only Packages”. 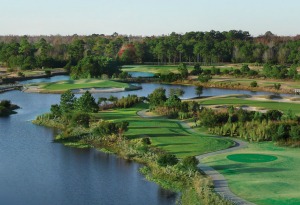 Modified date: November 18, 2014 Whatever your golf vacation lodging needs may be, we can accommodate your group at one of our on-site golf villa options, just steps from the Barefoot Resort Clubhouse, […]