The Apex CF 16 Performance story stems from the addition of Callaway’s Cup 360 technology. That Cup Face literally puts the CF in Apex CF. For those who need a refresher, Callaway basically took the same face technology it uses in its fairway woods and built into its Big Bertha irons, and then its XR irons, and now, for the first time, Callaway has built Cup 360 into a forged iron. That cup face, along with some more aggressive undercutting of the iron cavity itself, allows for a larger unsupported face, which, as you should all know by now, creates faster ball speeds across more of that face (cupped or otherwise).

PLAYABILITY: One of the best — excellent from everywhere; nimble enough to bend the ball to your will, with plenty of power to clear-cut the tall grass.

ACCURACY/FORGIVENESS: Much more forgiving than a player’s club and adequate for this category; protects you from your misses without inhibiting creativity; exacting, focused ball flight doesn’t wander off line.

DISTANCE CONTROL: Among the longest — an uncanny combo of sprinter speed and consistent results; ample spin and stopping power — short irons absolutely pounce on the pin.

FEEL: It’s like a forged blade with a bigger sweet spot — top-tier refinement for a game-improvement set; rewarding and responsive, the sort of club you want to hit all day; stable and silky through the turf.

LOOK: For many guys, the best in class; old-school elegance, an impressive profile with ideal offset and a classic look; the midsize head wears its satin finish well.

Small size means less space for misses, so if you need more of a sledgehammer than a scalpel, look elsewhere; light swingers should swap the long irons for hybrids. 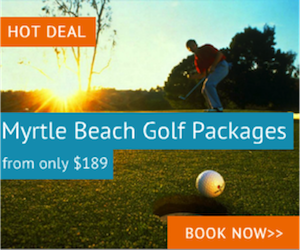 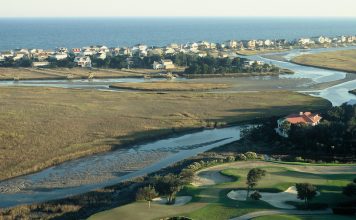 Myrtle Beach Golf & Travel is your destination for Package and Tee-time Deals along with the latest breaking news, reviews and tips on the golf & travel industry.
Contact us: claudepope@tee-links.com